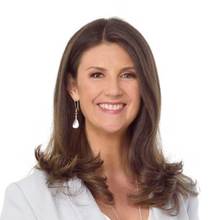 Lea is one of the world’s leading experts on Positive Education, Positive Organizations and Strength-Based Parenting and Teaching. As a University researcher, Lea turns her science into strength-based strategies to help organizations, educators and parents around the world build resilience in their employees and children, helping them to thrive.

Lea is the President of the International Positive Psychology Association (2017-2019) and will continue to be on the Board of IPPA until 2021. Lea is on Advisory Board for Berkeley Universities Greater Good Science Centre, serves on the Positive Education Committee for the Global Happiness Council, and is the founding Director of the Centre for Positive Psychology at the University of Melbourne, where she’s worked for more than 20 years.

As humans, we’re wired to focus on the negative and zoom in on what’s “off.” Lea proposes a better way for doing things. She says we can short-circuit our negative defaults by making a mental switch that flicks to shift our attention from weaknesses to strengths, and from negative to positive.

In her book, The Strength Switch, Lea says that the strength-based approach gives us the power to live the good life by drawing on our most abundant inner resources (our strengths!) The Strength Switch was named one of the top reads for 2017 by Greater Good Magazine, was the top new release in the parenting category on Amazon, and has been translated into Chinese, Korean, Taiwanese, Japanese, Hungarian, Arabic, Spanish, Russian and French.

Lea is passionate about helping people all over the world make the Strength Switch. Her Strength Switch parenting course and Visible Wellbeing approach are being used by parents and schools worldwide.

Lea has been featured in The Atlantic, The Wall Street Journal, The Guardian, and more. As a researcher, she’s published more than 100 scientific journal articles.

Your online guide to becoming a strength-based parent.